When a client first contacts us after they’re accused of committing a felony-level offense, our first steps in their case is to evaluate whether we can fight the charges at the Grand Jury level. Grand Jury proceedings are often the most important, and unfortunately, most overlooked opportunity to stop an erroneous felony charge. Because it is a less glamourous stage of the criminal justice system, Grand Jury hearings are left out of television and literary crime stories. Most clients know little about what to expect, what to prepare for, or, most importantly, that they should even ask about this essential step in an initial consultation. The attorneys at The Collin County Law Group, however, know the value of a Grand Jury packet and will prepare one for you if your case will benefit from it.

What Is a Texas Grand Jury?

In Texas, a person can be accused of and charged with a misdemeanor offense simply by being arrested. An officer makes an arrest, and then files the case with the District Attorney’s Office where it is reviewed and filed with a court through a charging document called an information. Simple. Streamlined. Virtually automatic. 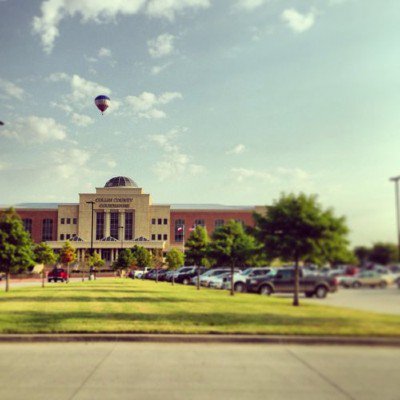 However, when a person is arrested for or accused of a felony offense (meaning they could be sentenced to prison time), there is an extra level of scrutiny a case must pass through before a person can be formally charged. In a felony case, a neutral body of citizens from the community, the Grand Jury, must decide whether there is sufficient evidence to charge someone by returning a true bill of indictment. It adds a thin layer of accountability to the government and an opportunity for the attorneys of The Collin County Law Group to stave off formal felony charges.

A Grand Jury is made up of twelve citizens who represent a cross-section of the community. They meet in secret and listen to a prosecutor, detective, and sometimes a witness present testimony about the alleged offense. The presentation can be as simple as a five-minute presentation by a prosecutor, followed by essentially a “rubber stamp” by the foreman of the Grand Jury, or as involved as presentations spanning days and weeks while more information is gathered and evidence collected. The presentation can be interactive with members asking questions. The Grand Jury has the power to subpoena any evidence or witnesses they believe are necessary to assist their decision.

A person accused has no right to be present for or to be heard during the Grand Jury presentation of their case. Furthermore, a criminal defense attorney is not allowed to sit in on the proceedings, question witnesses, or be involved in any way. However, despite not being entitled to be involved, most counties allow defense attorneys the opportunity to be heard by the Grand Jury through submission of what is known as a Grand Jury Packet. The attorneys at Goheen & O’Toole believe the Grand Jury packet is the first and most vital opportunity for defending false charges for a few reasons.

The Makings of a Grand Jury Packet

First, the packet always includes a letter from us articulating facts and perspective of the incident that often did not make it into the police reports. This letter is our chance to present our client’s side of the story – whether it’s outlining a self-defense claim, illustrating credibility issues with the complaining witness, or simply denying any involvement in the incident. By presenting a Grand Jury packet, we are able to ensure our client’s voice is not lost inside those proceedings.

Second, the packet gives the members of the Grand Jury a picture of who our client is as a person. Rather than simply being painted as a criminal, submitting a Grand Jury packet allows us to show the Grand Jury our client is a member of their community – whether they are involved in the local PTA, church, or neighborhood crime watch. Packets often include character letters from friends, family members, and coworkers that know our client’s true character and integrity, and these letters can be crucially important to a Grand Jury’s decision whether to indict.

By presenting a Grand Jury packet, we are able to ensure our client’s voice is not lost inside those proceedings.

Finally, a packet can include other exhibits or information the Grand Jury might not even know would be helpful were we not to submit it. For example, we often include exhibits such as a client’s medical records, a polygraph examination our client passed when tested about the facts of the alleged offense, or employment records that could prove an alibi for the date and time of the incident. Although a Grand Jury can request any of these items, they often would not even know to ask without the aid of a packet from the defense attorney.

The most important aspect of the Grand Jury is that all proceedings are secret. No one can ever know what happens inside a Grand Jury presentation or deliberation, and so ultimately, we have no guarantee they even consider the evidence we ask them to consider. However, the attorneys at Goheen & O’Toole know from our experience and our results a Grand Jury packet can be successful. Ultimately, a Grand Jury can choose to indict a case by returning a “True Bill,” they can choose to indict the case on a lesser (or even misdemeanor) charge, or, they can elect to effectively throw out the case by returning a “No Bill,” meaning the case does not meet the standards to be formally charged. We strive to achieve that No Bill with every packet we submit.

Many attorneys will tell a client the Grand Jury is simply a rubber stamp and it is not worth anyone’s time or efforts to assemble and submit a packet. It’s true the vast majority of cases presented to a Grand Jury are indicted by a True Bill. However, the attorneys at The Collin County Law Group have achieved both lesser-included charges and No Bill returns for their clients by submitting stellar Grand Jury Packets, so we tell our clients any time there is a chance to fight their case at the Grand Jury, we will do so with full-force. At The Collin County Law Group, we are with you every step of the way.